Chef Palmer has been featured on Season 6 of ‘Top Chef’, an American television show in which chefs compete throughout the season to try and win the title of “Top Chef.” He owns the ‘Aureole’ restaurant in Las Vegas, and another branch in New York, and has added quite an impressive number of restaurants to that list, in such places as Washington DC, Sonoma, Reno, and Las Vegas; 13 in all so far. He pushes for dishes that are created from farmed food over food from a factory, which was the direct influence of working in the garden when he was young.

Charlie was born in upstate New York, where he grew up, and began training at the Culinary Institute of America. He was made the Executive Chef of The River Cafe in the mid-eighties, and was given three stars by the ‘New York Times’ soon after. Under Palmer’s direction at The River Cafe, many of the young cooks have gone on to become some of the most brilliant chefs in the country. Chef Palmer trained such celebrity chefs as Michael Mina from the Aqua in San Francisco, California and Diane Farley from the Verbena in New York. 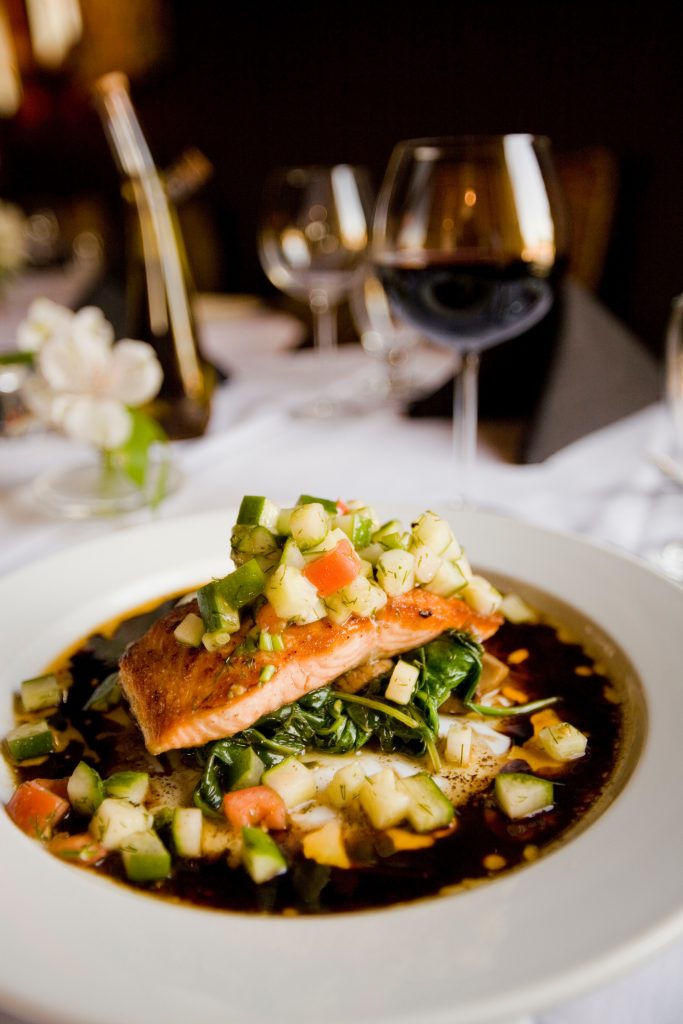 Aside from the 13 restaurants which Palmer has created, he has also opened a few wine shops and boutique hotels. Even with all of the success, Chef Palmer remains humble, and always approaches each dish with reinvention in mind. He explains that people see the food, and notice its appearance long before they ever taste the first morsel, so he keeps trying to find new ways to playfully and respectfully show off his dishes.

As the success of the Aureole grew, Chef Palmer went on the open the Astra cafe in New York’s Midtown Decoration and Design Building. He opened another Aureole in Las Vegas in 1999 which features an impressive wine tower which is four stories tall. Charlie Palmer Steak was also opened in Las Vegas in that same year. Dry Creek Kitchen was opened in 2001, located in Healdsburg, California, as well as the Healdsburg Hotel. Another Charlie Palmer Steak was opened in 2003, located in Washington, DC, and another in Grand Sierra Resort, located in Reno, Nevada. That one opened in 2007.

Charlie Palmer has also opened in The Joule, Dallas, and Costa Meca, California’s South Coast Plaza in 2008, as well as Next Vintage Wine Shop. The Briscola, which is the very first Italian Restaurant created by Charlie Palmer, is located in Reno’s Grand Sierra Resort as well. Those are just some of his accomplishments.

As we shared last week, entrepreneurs like Charlie Palmer and the ones that we have mentioned in the last few weeks help us see that anyone can make their dreams happen. For entrepreneurs who are just starting their business, it can be difficult to find a dedicated office space that is affordable on a startup budget. Offix offers a solution with office space to rent in Wellington. With private offices, private desks, meeting rooms, video conferencing room, cleaning services and more that can be rented by the day, week, month, or year, Offix has a place for you.